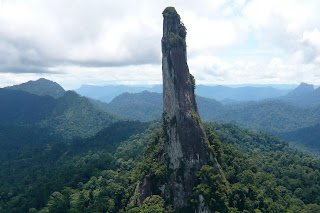 
When I thought that I've learned much enough to keep my life running straight to its end, I realize that I'm still living as if nothing has been learned still. This cranky life-module where I'm standing in right now is telling me that even though I had been accomplished many things quietly above average than other people (s.a. travel, children, university degree), I found myself on an endless trap where many people is stucked by, and it's for the boldest and clever ones the privilege to find an exit to this vicious cycle.

Life is giving me the toughest lessons on how to survive on a crises perhaps, yet I'm still remember how my father told me how he felt pretty much disappointed when stakes on his life strucked him really hard, and he told me "life paths are not as one really expects about them". I'm not good at translating songs, but that phrase comes from a song that says in spanish "los caminos de la vida, no son como los pensaba". Sometimes, I feel nostalgic, and I just want to embrace my dad for that; I pretty sure that he'll understand me although without saying any word.

However, I'm longing for more. I'm longing for things I know that will land on my life premises without asking for them. What you manifest is before you, said an anonymous wiseman. And guess what? Everything is happening right now, yet it cannot be seen still.