When looking back is not an option 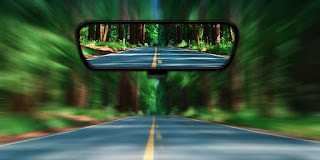 Few days ago, I was reminiscing on several moments that I enjoyed the best. As a teenager on 1998 or 1999, I don't remember feeling worried about what it would happen tomorrow even though my parents were living a serious financial struggle. I never thought either leaving my parents house or having my own family so far, yet I whined too many times about not having my own rules. However, one of the best memoirs I have is having my friends available everyday at a certain hour. We didn't have cellphones to text or call between us for gathering, if one of us whistled then we knew that was the going out signal.

Nowadays, life is pretty much different than twenty years ago. We are living a time where people don't feel safe, yet we cannot confidence with any person because life stress had reached so far, so people is seriously affected by what others do instead on striving for themselves. In addition, there are so many people broken who they had grown on perverted environments which are the culprits of the disoriented world where we are living now.

On this technology age, social media is meaning for many people something like an exhaust valve where any individual can express their feeling deliberately, and they receive an instant feedback from whoever it is even if they had never exchanged any spoken word between them. Things like that makes the living environment even worse because if someone became an online sharing person, then a reaction, whether is good or bad, has been created, and it will follow you until it get suppressed by itself as a matter of time.

To add a few things up, living cost is soaring, population is exponentially growing, countries governments are corruptely broken, drinking water is scant, and so on. Sometimes I feel I want to travel back on time, but when I see that time is the only variable you cannot retrieve, I have a unique option and is "don't look back and carry on". I have a family to strive for, so when I feel like I want to give up, I remember my daughters whose innocence and plenitude of energy makes me see life with different eyes. Many people say I am still very young, but sometimes I feel that I'd lived enough haha, but I'm longing for witness things that I'm still expecting and I haven't accomplished.

So, if you feel like life is treating you as an accordion, it's better to play it loud.

Email ThisBlogThis!Share to TwitterShare to FacebookShare to Pinterest
Labels: life